They're Back and They're Early 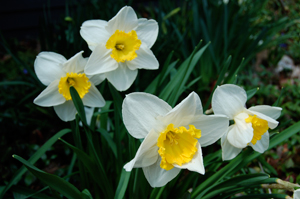 As a gardener in New Hampshire, I often wonder what terrible deed I did to evoke the wrath of Mother Nature because there are days when it seems like Spring will never arrive and I will never get out there in the garden.  And then, when Spring finally does get here, she has more tricks up her sleeve.

It all starts in early March when I'm listening on the phone to friends and family living in other parts of the country go on and on about how all their forsythia and daffodils are blooming.  And here I am stuck in New Hampshire still fooling around with the snow blower.  Then, as March wears on, and the snow disappears, it's replaced by mud.  It's no use thinking about gardening then.  I can't even get a wheelbarrow full of mulch through all the muck.  Finally, April arrives and the mountains of snow start to recede, only to reveal millions of fallen leaves that I swear I had already cleaned up last Autumn.  So I spend most of April raking leaves and picking up branches that were ripped from the trees by all those winter storms we had to endure.  There is load after load of debris to be hauled away but finally, toward the end of April, I have walked the last ten miles with the garden cart, the garden is all cleaned up, and I get to enjoy a small taste of gardening bliss.  And then they show up. 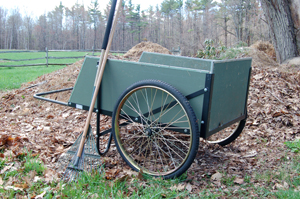 Just to be clear, I'm not talking about tax auditors, Jehovah's Witnesses, or long-lost relatives looking for a handout.  I'm talking about something really pesty.  I'm talking about black flies.  Those nasty little biting insects that only New England gardeners can relate to. And so it is, at the end of April, just when you think it's safe to go back in the garden, Mother Nature has other plans.  And those plans have little to do with my getting the tomatoes planted but more to do with this incessant need of hers to turn the entire world over to the millions of insects that she seems to love so much.

To illustrate my point, you would think that one type of black fly would be enough for any one State to endure, but no.  There are actually 40 different species of black flies that call New Hampshire home.  Of these 40, there are two that rank at the very top of my you-know-what list.  These are Prosimulium mixtum and Simulium venustum.  According to the University of New Hampshire Cooperative Extension, these are the two New Hampshire species that "consistently and abundantly bite humans."   Might I add that "consistently and abundantly" is a dramatic understatement?  The truth is, these little flies, that are no bigger than a small gnat, have the power to drive a 6-ft. tall, 200 pound strapping lumberjack completely insane. 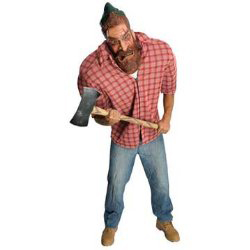 Black flies figured out many years ago that there is strength in numbers and so when they swarm your head by the hundreds and you're uselessly flapping your hands in front of your face trying to swat them away, they do a flanking maneuver and lodge under your hat band, or behind your ears, where they bite you hard enough to cause bleeding or welting, or both.  If you don't believe me, just check out the forehead of any gardener in New Hampshire for the tell-tale "bite-band."   It is the female black fly that needs your blood in order to lay her eggs.  Male black flies don't bite.  They are simply party escorts.
Once, at the end of a long frustrating day of dealing with black flies, I rhetorically asked a neighbor "why we lived in such a place?"  He answered..."because of all the natural beauty that surrounds us."  He was right, of course.  And, that's why the black flies live here, too.  The female black fly lays her eggs on vegetation in streams or scattered over the water surface.  But not just any stream.  Most black flies will not tolerate pollution.  So large populations of black flies are an indicator of clean, healthy streams and much of New Hampshire's natural beauty derives from it's clear streams and lakes.
You have a couple of choices if you want to garden during black fly season:
1.  You can cover your skin by bundling up in light colored clothing.  Black flies seem to prefer darker colors which probably remind them of the depths of hell from where they originate.  So, prior to going outside on one of those hot days in May, where you know you'll be gardening in the full sun, simply decide whether you'd like to bake to death, from all the buttoned downed and zippered up clothing that you'll be wearing, or whether you'd rather put on your shorts and tee-shirt and be eaten alive.
2.  You can use a chemical repellent, the most effective being N,N-diethyl-meta-tolumide, or DEET.  If you don't have an aversion to possible skin reactions, eye irritations, confusion, a bit of slurred speech, or a couple of seizures here and there, then DEET may be just right for you. Personally, my hypochondriasis and general fear of medical side effects has pushed me toward the more "organic" repellents.  But I will tell you right now that neither Ralph Lauren or Calvin Klein has a line of these products and you won't find them in a variety of fragrances at the Clinique counter.  You basically have the choice of spending the day in the garden smelling like either lemon furniture polish or a piece of raspberry chiffon cake. 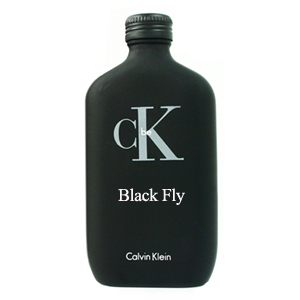 3.  You can put a net over your head.  This is probably the most popular and practical solution for keeping swarms of black flies away from your face and eyes.  Keep in mind, however, that this is a little like gardening all day while wearing a pair of glasses made out of a screen door.  After awhile, everything seems a little fuzzy and so it's quite possible to mistakenly prune the tip of your finger instead of that dead branch you were aiming for.  Nevertheless, on the positive side, with the net over your head, your friends and neighbors won't recognize you as you're spewing forth profanity at the flies biting all your other body parts not covered by the netting.  And, just like the good feeling you get when you stop hitting yourself in the head with a hammer, you won't believe how good the world looks once you pull the net off.
New Englanders are a tough bunch and, somehow, we all seem to make it through black fly season.  And, when you think about it, no matter where we live, we all have to put up with things that are irritating and drive us crazy:  Yes, New Englanders have their black flies, but Southerners have their fire ants, Westerners have their rattlesnakes, and look at New Yorkers, for God's sake, they have Donald Trump.

Posted by Juniperhillfarm at 10:40 PM