This week, over 10,000 people showed up at a tiny greenhouse in Basel, Switzerland to watch a flower bloom. But this was no ordinary Easter lily.  It was Amorphophallus titanum, and even a rough translation of its Latin name will tell you that this plant is obscene in more ways than one.

Amorphophallus titanum ( aka, Titan arum) is not the kind of plant you would want to grow in your herb garden.  Its flower is no good at all for filling a sachet under your pillow or for strewing over the floors of your cozy little cottage dwelling.  Its common name is the 'corpse flower' and its fragrance has been compared to rotting human flesh. Flies absolutely adore it and if P.T. Barnum or R.L. Ripley could have put their hands on one of these plants, you can bet that it would have been the star of every sideshow from Kalamazoo to Krakatoa.


And speaking of Krakatoa, the rain forest on the Indonesian island of Sumatra is the place where this massive, stinking, alien-looking tropical plant calls home. The flower (technically an inflorescence) of a Titan arum can grow to over ten feet high and is the largest unbranched inflorescence in the world.  Some have compared the look of it to a large loaf of French bread.  Okay, whatever.  But notice they didn't name the plant Amorphocrustum gallica.  Both female and male flowers grow in the same inflorescence and it does not self pollinate.  After the flower dies back, a large single leaf emerges from the underground corm of the plant that can then grow to the size of a small tree (20 ft. tall x 16 ft. across).  The corm is the largest in the plant world weighing in at somewhere between 100 and 200 pounds.
The reason that over 10,000 people showed up at the Basel Botanical Gardens in Switzerland is because the blooming of an Amorphophallus titanum is a rare event, both in the wild and, even more so, in cultivation.  This particular Swiss plant is seventeen years old and this is the first time it has ever flowered.  The very first flowering of an Amorphophallus titanum in cultivation was at the Royal Botanical Gardens at Kew, in 1889.  The first flowering in the United States occurred at the New York Botanical Garden in 1937.  Since then, there have been less than 140 recorded blooms of the corpse flower around the world.

Curiously, in the days immediately following the blooming of the New York Botanical Garden specimen in 1937, Amorphophallus titanum was designated the official flower of the Bronx. I'm not making this up.  What people from the Bronx were thinking when they thumbed through the entire botanical catalogue of beautiful and fragrant flowers in existence and then picked the most foul smelling, obscene looking plant in the world to represent their city is not entirely clear.  Who knows?  Perhaps it was some weird botanical homage to the famous "Bronx cheer."  Nevertheless, they finally came to their senses (olfactorily, at least) and in 2000 changed the official flower of the Bronx to the Day Lily.

Technology can bring you up close to the Titan arum now blooming in Switzerland. You can check out the greenhouse webcam that is focused on the plant 24x7 by clicking here.  But hurry.  The flower only lasts for a few days and is then quickly gone, not to return for many years. 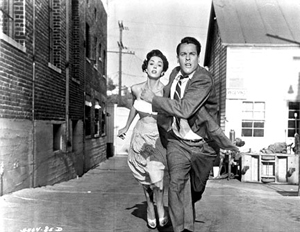 April 25th Update: Two at the same time!  I just learned of another Amorphophallus titanum now blooming at Ohio State University.  You don't think this is the beginning of an invasion by the body snatchers, do you?  Click here for more info.
Posted by Juniperhillfarm at 8:50 PM