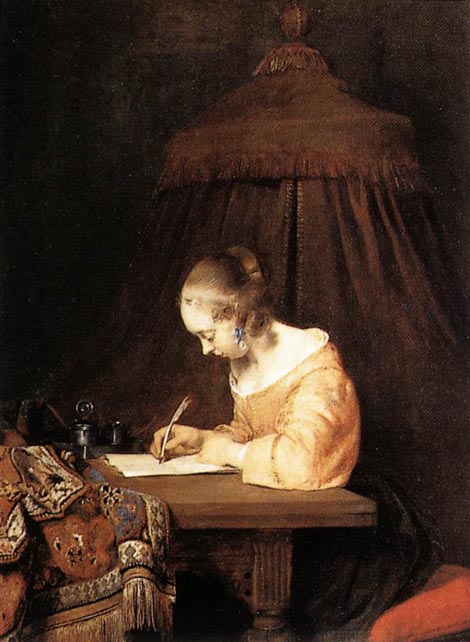 It's raining in the garden today so it seems like a good time to take off on a little rant that has nothing to do with flowers, trees or shrubs:

It seems everyone's coming up with a challenge these days.  There are challenges to try to raise thousands of dollars for your favorite political candidate by midnight tomorrow (sorry, make that millions of dollars), challenges to try to get us to save energy by switching to weird looking light bulbs whose cold color spectrum gives a room all the ambiance of a surgical suite, and hundreds and hundreds of challenges to get us to eat right and lose weight. So, as someone who spends a lot of time reading and writing, I'm thinking it's about time that this popular trend--of getting people to do things by making a game out of it--was applied to literature and grammar. Therefore, I'm setting up a little challenge of my own.

Now, let me say right off the bat, I realize that change starts at home; it all begins with the man in the mirror, etc., etc., so this is mainly a challenge I'm issuing to myself, although anyone is certainly welcome to join in.  So, here's the deal:  I'm declaring October as Period Restoration Month and, just to be clear, I'm not talking about a month of conserving antiquities, such as that beautiful painting at the top of the page, or bringing old buildings back to their former glory. I'm talking about an effort to restore the period--yes, that little dot at the end of sentences--to it's rightful place at the top of the grammatical heap while, at the same time, sending the exclamation point, the period's major competitor for the role of terminator these days, back down to the minor leagues of punctuation where it belongs--right alongside the semi-colon and the particularly pathetic parenthetical bracket.  With that said, in all honesty, I probably could have used a few semi-colons and a couple of parentheses in that last sentence. Nevertheless, just to show that I'm serious about all this--and here comes the challenge... I'm willing to take a pledge to reduce my use of exclamatory sentences by at least one-half during the month of October!  Oops, an exclamation already.  Well, clearly, I have some work to do. 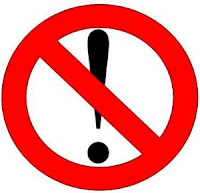 I'm taking on this little challenge because I'm worried. Lately I've noticed that I have become just a little too cozy and comfortable with the exclamation point. And, from the looks of things all over the world-wide-web, I don't think I'm alone, either!  Okay... so, do you see what I mean? Because, I just did it again.

This monumental shift in our choice of terminal punctuation, from the soft and restrained period to the loud and boisterous exclamation point, seems to be a recent phenomenon, a new trend, that I believe is all related to an effort to convey a little bit of emotion in this new, mostly emotionless and faceless technological world we now find ourselves living in.  And, don't even get me started on smiley faces :) 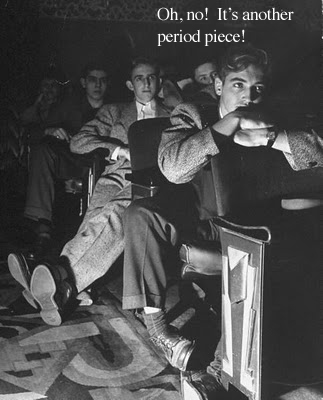 If you don't believe me about this sudden explosion in the use of exclamation marks across the internet, and think I'm over-reacting a little, just take a look at any blog, web page, Facebook wall, or text message screen and start counting.  You'll find thousands of these little things (!!!!!!!) crawling all over the place.  What ever happened to the period?  That neat, little inconspicuous dot at the end of the sentence?  You know, the thing that, for centuries, writers have relied upon to put a fine point on it all; to say that's it, full stop, fini, period.  Now, I admit, there's nothing wrong with the occasional exclamation, we all get excited. But can it be true that eight out of every ten sentences written on the web convey so much excitement, drama, and emotional intensity that we can barely control ourselves? Oh, wow... I can't believe I almost did it again--I almost put an exclamation point right there instead of that question mark.  This has to stop!!

So, if you'd like to take up this challenge with me, here's what to do:

2.  Notify all your Facebook friends that you'll be using more periods now, so when reading your future comments they won't think you've slid into a major psychological depression characterized by blunted affect.

3.  Hone your newly acquired punctuation skills through practice, by placing periods at the end of sentences that would normally make you come out of your chair. Sentences like... 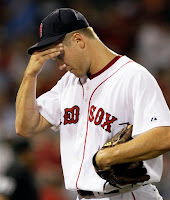 "The Red Sox played like a bunch of idiots the other night and blew their chance at the playoffs."

Okay, so maybe there are a few occasions when the exclamation point really would be appropriate because, boy, that last sentence was just about impossible to write with a period!!!


Posted by Juniperhillfarm at 1:36 PM