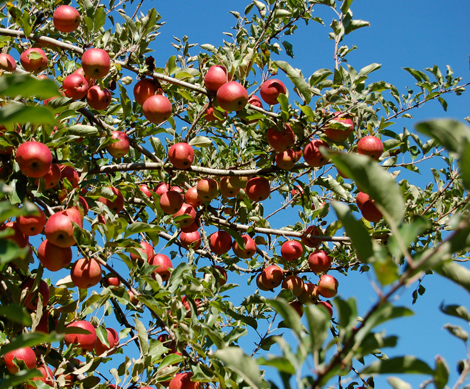 The peak foliage season here in our part of New England is still several weeks away but that won't deter me from starting one of my fall rituals a little early. Every year at about this time some endocrinological change occurs in my body, some weird pomological hormone is released, and my brain screams, apples! apples! apples!

When I say apples, I'm not talking about those tasteless, waxed and polished red things at the local supermarket.  I crave the real deal.  And so, I begin the first of what will be many treks throughout the foliage season to the mecca of apple orchards in these parts, Scott Farm in Dummerston, Vermont. 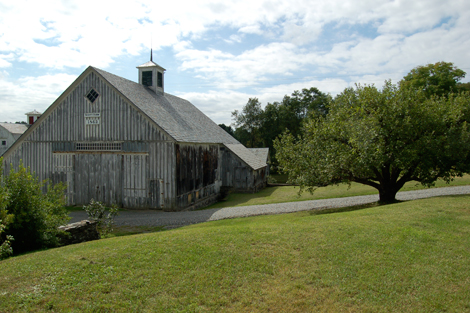 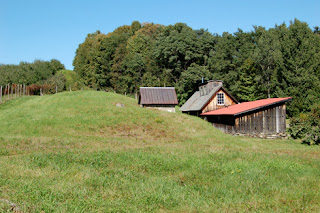 Scott Farm is a 626 acre property of Landmark Trust USA, an organization that rescues historically significant sites and returns them to active use.  The farm, listed on the National Register of Historic Places, has been in existence since 1791 and is home to 23 historic structures, including a wonderful sugar house which you can actually rent as a vacation getaway.  And, if you're a film buff, you probably already know that Scott Farm is the place where the orchard scenes in the movie, Cider House Rules were filmed.

When I visit Scott Farm, I like to walk there; often with good friends Helen and Parker, on the annual pilgrimage we make together to the farm.  I don't walk the entire 50 miles from here to there but just a short distance from the point where the towns of Brattleboro and Dummerston, Vermont bump into each other. 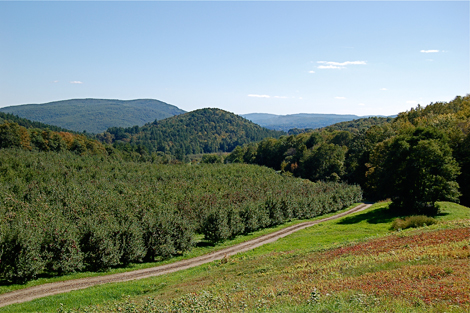 Walking along the narrow, winding gravel road which leads over hill and dale to the farm is like walking back in time.  The trip on foot is slow enough to offer some wonderful views of the Vermont countryside and, just before you reach the large patch of sunflowers that sits at the edge of the farm, the road passes right by the front door of Rudyard Kipling's house (yes, the Rudyard Kipling, of Jungle Book fame) which is also owned by the Landmark Trust.

But scenic beauty is only part of the reason I keep coming back again and again to Scott Farm.  The real treasures here are the 90 varieties of heirloom apples that are grown on the hillside orchards; apples whose names have all but disappeared from the lexicon of modern-day orchardists. You'll find old varieties with names like Belle de Boskoop, Cox's Orange Pippin, Winter Banana, Hidden Rose, Sheepnose and my favorite of all apples, Reine de Reinette.  There's also Esopus Spitzenberg, an apple from the early 1700's that was one of Thomas Jefferson's favorites, and Roxbury Russet, the oldest American apple, dating back to 1635. 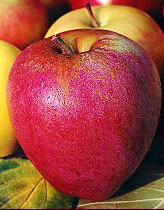 If you are accustomed to mass-marketed apples, your taste-buds won't believe all the subtle variations they'll encounter after sampling just a few of these heirloom jewels.  There is the orange, nutty flavor of the Orleans Reinette, and the pineapple flavor of Annais Reinette.  If you're starting to think this sounds a little like the subtleties of flavor you encounter with fine wines, you're right.  And, just like in the world of wines, in the world of heirloom apples there are such things as apple tastings.  Each October, during Columbus Day weekend, Scott Farm opens their packing barn for an heirloom apple tasting celebration where everyone gets to try a select group of apples while learning a little more about the origins and folklore surrounding this remarkable fruit.

All of the delicious heirloom varieties of apples at Scott Farm are lovingly nurtured and cared for by orchardist Ezekiel (Zeke) Goodband.  Before coming to Scott Farm, Goodband was the orchard manager at the well known Alyson's Orchards, in Walpole, New Hampshire for 14 years.  But his roots in the orchard go back even further to his days at Bowdoin College, when many of the abandoned orchards of rural Maine sparked his interest in the old varieties of apples that once grew there. 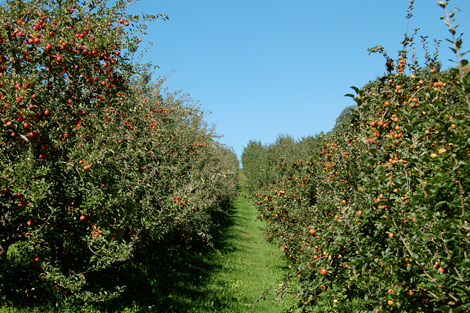 Since coming to Scott Farm, Goodband has been on a mission and has grafted heirloom varieties on thousands of apple trees (mostly Macintosh) that were already growing on these rolling Vermont hills .  I am not the first to suggest that Zeke Goodband, with his quiet manner and appearance, and his steadfast devotion to saving these old varieties of apples that could otherwise be lost to time, is the closest equivalent we have to a modern-day Johnny Appleseed. 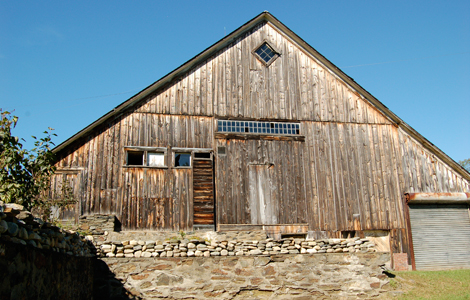 People are beginning to wake up to the idea that the demands of large commercial growing, with it's focus on larger yields, and the inherent problems of shipping long distances, have had disastrous effects on both the quality and choice of foods available to us.  This is to say nothing of the loss of genetic diversity.  With apples, this is especially evident.  Even in the biggest grocery stores, we have only a few choices, usually Red and Golden Delicious. But there's a change in the wind. 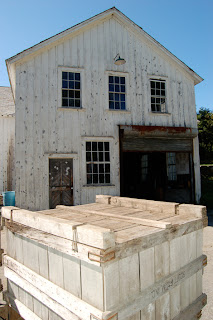 Under Zeke Goodband's watchful eye, Scott Farm has become the largest producer of heirloom varieties of apples in New England and they are now sold in co-ops throughout Vermont as well as to Whole Foods and other outlets in the Boston area.  And, even though I hope that Scott Farm apples continue to show up at more and more locations, so more people get to experience the taste of a "real apple," I'll probably continue to make my annual treks to this beautiful farm, on foot, to get mine.

For more information on Scott Farm, how to rent the sugar house,  and apple tasting day, click here.

Posted by Juniperhillfarm at 3:38 PM