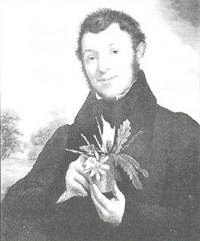 In addition to his studies in botany, Haworth was also the author of Lepidoptera Britannica, the most authoritative work on butterflies and moths before 1857.

The plant genus Haworthia was actually named after Haworth by Henri Duval in 1809.  Not to be outdone, the British entomologist, John Curtis also named a moth, Celaena haworthii, after Haworth in 1829.

For more information on Haworthias, check out this website:
http://www.haworthia.org/conservation.php

Posted by Juniperhillfarm at 11:55 AM