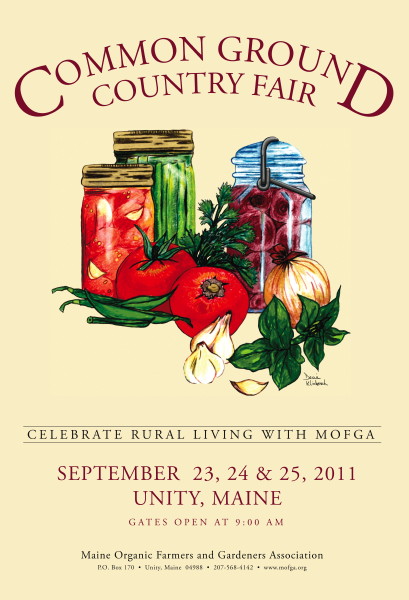 The Common Ground Country Fair is coming up in just a week!  Largely a volunteer effort, the fair is organized and produced, by the Maine Organic Farmers and Gardeners Association (MOFGA).  This celebration of Maine rural life has outgrown several fairground sites through the years as its popularity has continued to grow.  In 1996 MOFGA made a decision to purchase a 200-acre site in Unity, Maine as a permanent home for the fair and opened its doors to the public there for the first time in 1998.  Since its inception, the fair has clearly struck a chord with a lot of people.  Around 10,000 people showed up the first year it opened, in 1977! Last year, close to 60,000 came through the gates of the fairground in Unity. 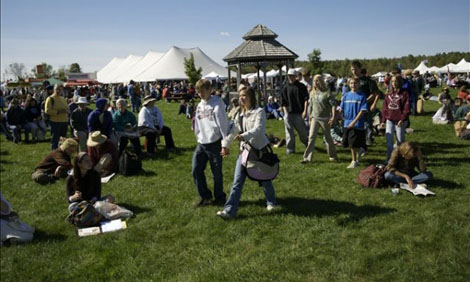 If you go to the Common Ground Fair looking for roller coasters, ferris wheels, a giant midway, and enough sugary junk food to keep the kids buzzing for a month, you'll be disappointed.  It's not that kind of event.  Instead, it's a refreshing blend of old meets forward thinking; don't be surprised if you hear the names of Henry David Thoreau and Steve Jobs mentioned in the same sentence.

There are demonstrations and hands-on learning events in everything from low-impact forestry to Maine Indian basket making.  And, commercial exhibitors will be there displaying everything from leather harnesses for your draft horse to solar powered dryers for your food. 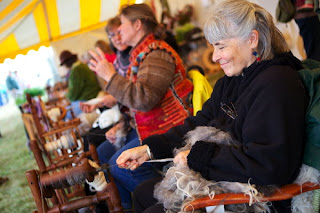 And, speaking of food...the emphasis at Common Ground is on food that is healthy, organic AND local (MOFGA was, after all, the brain child of back-to-the-landers Helen and Scott Nearing). So, instead of cotton candy, sugar-coated waffles, or giant slurpees, the Common Ground food stands are more likely to feature additive free juices and teas, organic salads, and ginger carrots with brown rice.  It wasn't until just a few years ago that coffee was allowed to be sold on the fairgrounds because of the requirement for food vendors to use local-grown organic ingredients.  But, have no fear; you won't leave there feeling like you just participated in a fast.  The quantity, quality and variety of food is unparalleled for a country fair.


The Common Ground Fair is a truly unique event.  For my money, it's the way country fairs should be.  It's a celebration of agriculture, gardening, hand crafts, organic foods, and the coming together of folk whose focus is on a healthier and saner way of life for the future. 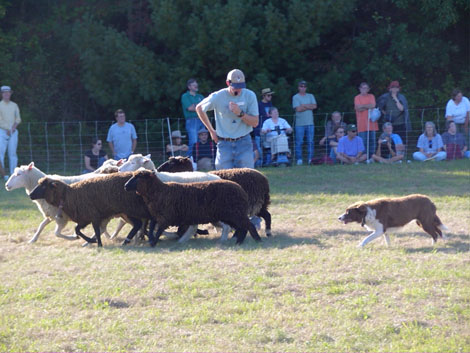 All images courtesy of MOFGA.

For more information on the Common Ground Fair and a complete fair schedule, click here.
Posted by Juniperhillfarm at 11:13 AM