Baby It's Cold Outside 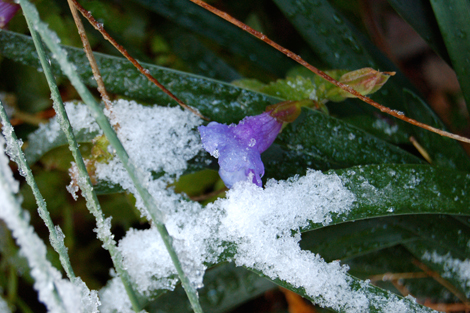 There is hardly ever an ugly moment in the garden.  Even during the dead of winter, if your garden has good structure, there will be plenty of winter interest to carry you through until the spring thaw. Some of the most beautiful moments in the garden come during the early stages of winter when, on a chilly morning, a light frost can make a plant sparkle as if it were a jewel.  There is sleet and freezing rain, which can down power lines and wreak havoc on the roadways, but can transform a tree into a crystal chandelier.  And, there are those occasional early snowfalls that will catch a few of the flowering plants still in their prom dresses, but can make everything look like a scene right out of the Nutcracker.  To see some early winter images that were captured in the garden here at Juniper Hill (many by Karl Smizer), click on the photo above.
Posted by Juniperhillfarm at 11:49 AM