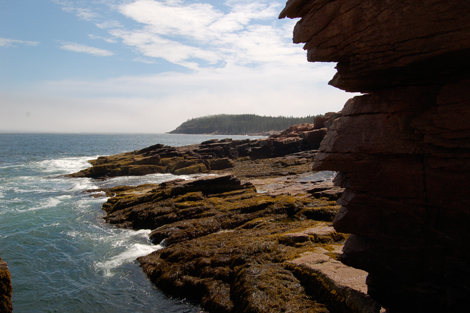 Mount Desert Island, Maine is one of the most beautiful spots in the country.  With Acadia National Park at its core, the diverse landscape of the island and its rugged coastline have been drawing visitors for centuries who marvel at its natural beauty. 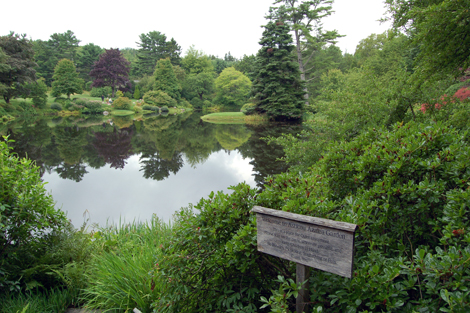 Whenever I visit the island, one of the first places I stop is Asticou Azalea Garden.  There is a rustic wooden sign at the entrance to the garden that pretty much sums up why I go there.  The sign says... "Welcome to Asticou Azalea Garden.  This is a place for quiet enjoyment."  I couldn't agree more.  It's the quiet and calm of this garden that I find so attractive. 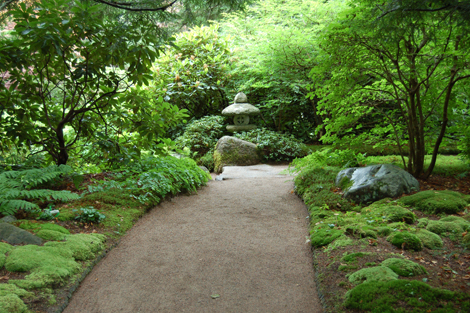 Asticou is designed in the style of a Japanese stroll garden that's suitably tweaked to its coastal Maine setting.  There are meandering paths, traditional Japanese design features, and the manipulation of space to create the illusion of lakes, mountains and horizons that are the hallmarks of the Japanese style. 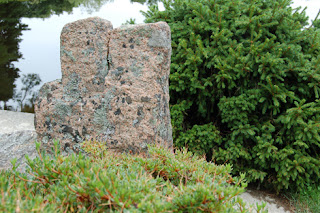 And there is stone. Beautiful stone.  Much of it in the form of pink granite which is prevalent throughout the Island and looks better in gardens-- against the cooler colors of sky, water, and green vegetation--than any stone I know of.  To say nothing of how good it looks ground up to form a garden pathway.  The natural vegetation here is also unmistakably Maine.  Along with the granite, it all serves to keep you pretty well grounded in this upper corner of New England, never allowing your mind to wander too far eastward.

Asticou Azalea Garden was created in 1956 by landscape designer, Charles Savage, a life-long resident of Northeast Harbor, where the garden is located.  Savage was the owner of the Asticou Inn, which sits directly across the street from the garden and, I might add, has a wonderful deck from which you can enjoy lunch or a glass of wine after trekking around the garden.  A student of Japanese garden design, Savage was motivated to create Asticou when the plant collection of the renowned landscape designer, Beatrix Farrand became threatened by the dismantling of her Reef Point estate in nearby Bar Harbor.  In an effort to preserve her collection, he garnered financial support from John D. Rockefeller, Jr., a neighbor in nearby Seal Harbor whose own garden had been designed by Farrand 25 years earlier.  This seed money allowed Savage to rescue the collection and build both Asticou Azalea Garden and Thuya Garden (to be profiled in an upcoming post) where many of Farrand's plants and their offspring now reside. 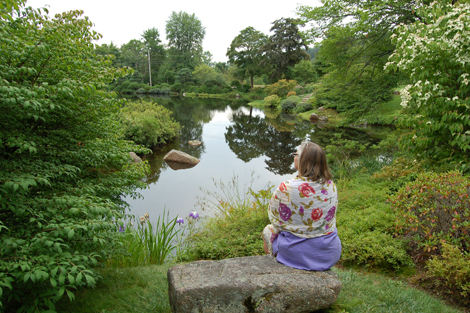 Although the garden is truly alive when the rhododendrons and azaleas are in bloom from mid-May to July, this is a garden for all seasons.  I love it in mid-summer when most of these photos were taken.  It is then that the predominate greens seem to enhance the serenity here. And, in the fall, there is a spectacular show of autumn color throughout the garden. 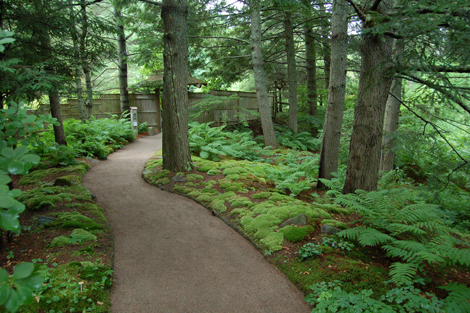 A new expansion of the garden was begun in 2007, with assistance from renowned garden designer Patrick Chasse, that included a new entrance from one of the parking areas,  The granite stone for this area was quarried from the same nearby mountain that was the source of stone for Charles Savage's original design.

Asticou Azalea Garden is owned and operated by the non-profit Mount Desert Land and Garden Preserve and is open to the public from May 1 through October 31.

For a photographic tour of the garden during my visit in July, click here.

You can find more info about Asticou Azalea Garden at The Mount Desert Land and Garden Preserve website.
Posted by Juniperhillfarm at 3:22 PM