I am constantly amazed by what constitutes a "weed" in gardening parlance.  Not long ago we had a couple of visitors to the garden and when they came around a corner and saw an enormous pokeweed ( Phytolacca americana) that I have growing right behind a Japanese Maple, it was all they could do to hide the look of shock and horror on their faces. 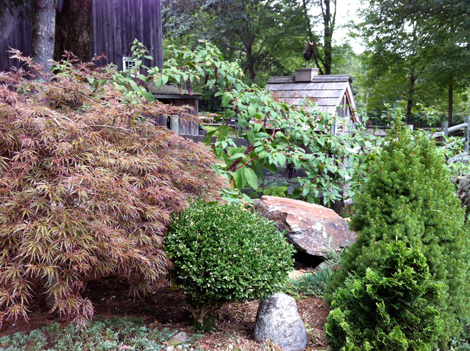 Yet, I allow this huge plant, and several of its offspring, to grow there every year because I not only like the way the color of its thick pink-purple stalk and colorful berries blend with the Japanese Maple, but it also provides a convenient screen, hiding the adjacent goat paddock and thus separating some of the more utilitarian areas of the farm from the gardens.  As gruesome as it may seem to some, I can't think of another plant that I'd rather see in that spot, and it arrived there all on its own, right on cue, without any help or encouragement from me. 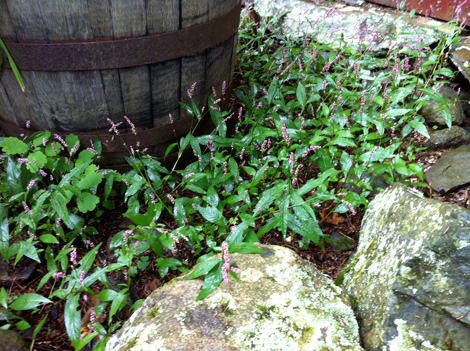 There's also this little patch of "weeds" with the most delicate looking pink-purple bottle brush flowers that grows in a perfect circle around the base of a large wooden whiskey-barrell planter.  Until not long ago, I didn't know that this is Polygonum caespitosum which has no common name but is closely related to Pennsylvania smartweed (Polygonum pennsylvanicum), also known as pinkweed, and Ladysthumb (Polygonum persicaria). 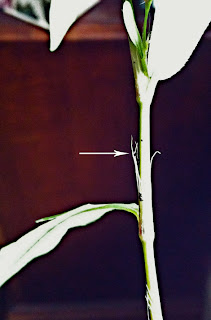 Interestingly, the only defining characteristic that differentiates this plant from Ladysthumb is the length of this almost invisible fringe which emanates from the base of the leaf.  Now, why would I want to spend time weeding out a pretty little plant like that, which fills that out-of-the-way spot around the base of the planter so nicely?  Surely not because someone labeled it a weed.  If that little plant were rare, and only available at the posh nurseries, people would be stepping over each other to get to it. 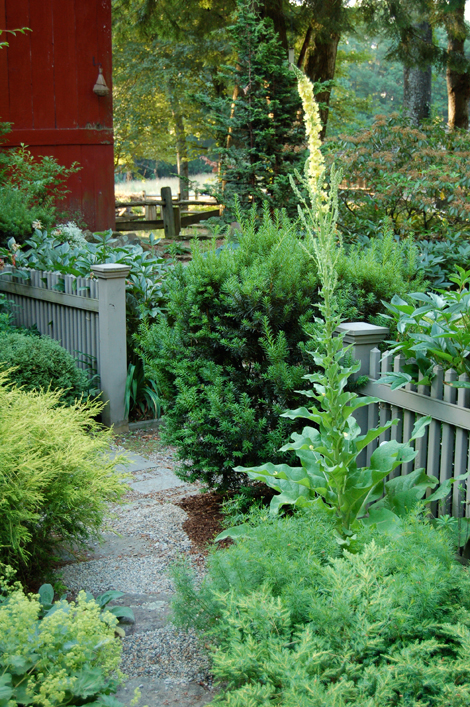 And then there are the many beautiful Verbascums that are scattered around the garden that many people still look upon as roadside weeds. 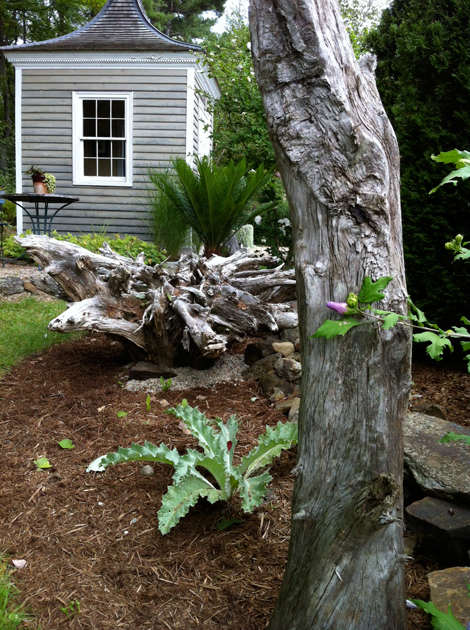 There are Teasels (Dipsacus fullonum) and Thistles (Onopordum acanthium) that many of us allow to grow in certain locations because of their strong architectural features, even though many would call them weeds.

My favorite definition of a weed is "a plant that's growing in the wrong place." All plants are contextual. That is, any garden plant can be considered a weed if it's growing in a context where it's not wanted and any weed can be considered a garden plant if it's growing where you think it belongs.  With all that said... there's no context in this garden where bindweed, knotweed, or strangleweed belong, so I hope they don't even think about showing up here! 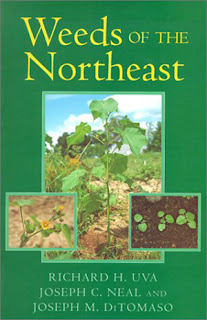 A good reference book for gardeners in our part of the world to have on their bookshelf is Uva, Neal, and DiTomaso's Weeds of The Northeast.  Click on the image of the book for more info.


Posted by Juniperhillfarm at 2:27 PM