Confessions of a Boxwood Lover


Within the world of gardening, there are few plants that can evoke such strong emotional reactions as Buxus sempervirens, better known as common boxwood. If you think the country is politically divided, be assured that, when it comes to whether or not you would plant boxwood in your garden, it’s also botanically divided.  Simply put, you either love this plant or you hate it.


I confess to be a boxwood lover and, quite frankly, don’t understand what all the fuss is about from the nay-sayers.  The negative angst all seems to revolve around “odor” and this seems to be enough to cause horticultural fits in some people.  Okay, I’ll admit that, under the right conditions, the heady properties of the plant can conjure up, let’s say, a certain feline association. However, this hardly seems enough to justify throwing the plant out with the litter box.  Not long ago in our little village, when someone suggested planting a small boxwood hedge to spruce up the entrance to one of our town buildings, one of the Grande-dames of our community became so hysterical that I thought for sure she would place a hex on the entire membership of the local garden club.  Judging from the way she reacted you would have thought the person suggested installing a hedge of dead animal carcasses.  Nevertheless, she is not alone in her distaste for the plant.  The 16th century herbalist, John Gerard called the plant "evil and loathsome" and Queen Anne hated it so much that she once had all the boxwood hedges at Hampton Court Palace ripped out.

For boxwood lovers like me, that tangy, earthy fragrance the plant exudes doesn’t scream “kitty- kitty” but, rather, has an uncanny ability to call to mind wonderful garden memories from the past.  I can’t brush up against a boxwood hedge without the scent reminding me of summer afternoons I spent on my grandmother’s front porch where her boxwoods, the heat and high humidity of southern Pennsylvania and, occasionally, a fresh coat of paint on the porch floor all combined to create the most wonderful aroma that, to this day, defines summer for me.

As a boxwood lover, I feel I am in pretty good company.  Thomas Jefferson was smitten with the plant as was George Washington.  Both were quick to realize its architectural qualities.  Oliver Wendell Holmes referred to the pungent smell of boxwood as "the fragrance of eternity."  And let’s not forget about all the English, French, and Italians whose gardens were literally defined by boxwood.

In England, boxwood was being used to define knot gardens as early as the 16th century.  Sir Roy Strong, the historian, diarist, and uber-aesthete—who claims to have created one of the largest formal gardens in England since the 1940’s—says, “let’s face it, I’m in love with box of any kind, grateful for its year-round permanence, the rich glossiness of its leaves and the fact that it can be clipped into almost anything.”  American gardeners Joe Eck and the late Wayne Winterrowd used boxwood liberally in their garden at North Hill in Vermont because of the way it can enhance the beauty of plants that surround it.  According to them, “nothing is more useful for this purpose than English boxwood, which can—either trimmed or untrimmed as one wishes—organize almost anything, even a patch of weeds.” 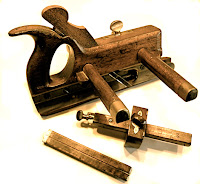 We don't usually think of boxwood as having uses other than as an ornamental plant in the garden.  Yet, for many years, the extremely dense, grain-free, and hard wood of Box has been used in the making of tools, musical instruments, marquetry, blocks for engraving, cabinetry and small decorative boxes (which is how it got its common name).

For many years gardeners like myself, who followed a gardening path that somehow led to increasingly chiller plant zones (I’m now in Zone 5 and don’t plan to budge), found that we were pushing the envelope when it came to wintering over boxwood. We practically kept the burlap manufacturers in business.  Recently, however, many new varieties of boxwood have become available that tolerate cold climates quite easily.  The American Boxwood Society tells us that there are currently about 90 species and over 150 cultivars of boxwood known, exhibiting a wide range of foliage and form.  However, in practice, most gardeners routinely come in contact with only two cultivars:  Buxus sempervirens (American or Common boxwood) which originated in the Mediterranean, and Buxus microphylla (Littleleaf boxwood) which comes from China, Japan and Korea. It is the cultivars and hybrids of Buxus microphylla that are of most interest to New England gardeners.

I’m not ready to call it an addiction but, it’s true, I can’t stop experimenting with the plant.  Within our own garden here in southern New Hampshire, we now have well over one-hundred boxwoods representing almost ten different cultivars (mostly of Buxus microphylla) that are continuing to do well without any winter protection. These include varieties like ‘Green Gem,’ ‘Green Velvet,’ and ‘Green Mountain’ (our current favorite here) which were all developed at Sheridan Nurseries in Ontario, Canada and are actually hybrids of Buxus microphylla crossed with Buxus sempervirens.  Not included on this list of winter all-stars is Buxus sempervirens ‘Suffruticosa’ (a true dwarf English boxwood) which we find we can’t live without and which does need winter wrapping.

Up until very recently I would have said that boxwood is not only a beautiful plant but one that is also relatively trouble-free for gardeners in the United States.  However, in October of 2011 it was confirmed that the dreaded boxwood blight had jumped continents--it has already infected plants across Europe and New Zealand--and had turned up in North Carolina, Connecticut, Virginia, Maryland, Rhode Island, Massachusetts and Oregon. Boxwood blight is caused by a fungus with a very long name (Cylindrocladium pseudonaviculatum) and a very short reproductive cycle.  The disease starts with spots on a few leaves and within weeks a plant can be stripped bare.

In gardens with many boxwoods (gulp) drastic measures have to be taken.  A few east-coast nurseries specializing in boxwood have already been infected and every plant had to be destroyed, causing at least one of the nurseries to shut its doors.  Young plants almost always die once infected whereas it's possible for older plants to survive attacks and eventually re-grow their leaves.  At Highgrove, Prince Charles's garden in the UK, where there are thousands of boxwoods, they are experimenting with techniques to regenerate some of the boxwood hedging that has been devastated by boxwood blight. For those of us who can't resist boxwoods, it has now become even more important to know the source of our plants and to do thorough inspections of any new plants before introducing them into the garden.

Despite the threat of boxwood blight and although the plant is slow growing, for defining pathways, creating parterres, constructing hedges, sculpting as topiary, or just infusing winter interest in the garden, there is no plant to compare to boxwood. Oh, and as an added bonus—siding with those boxwood nay-sayers, those pesky deer also think the plant stinks!

Posted by Juniperhillfarm at 11:39 AM