These Beautiful Garden Pots Will Quickly Urn Your Respect


Anduze urns, or the vase d'anduze, have to be my favorite garden planters.  They have been around since the 16th-century and originated in the small town of Anduze in the south of France.  I love the form and shape of these wonderful garden ornaments and the color and patina on the unglazed pair in the photo above is just about perfect! 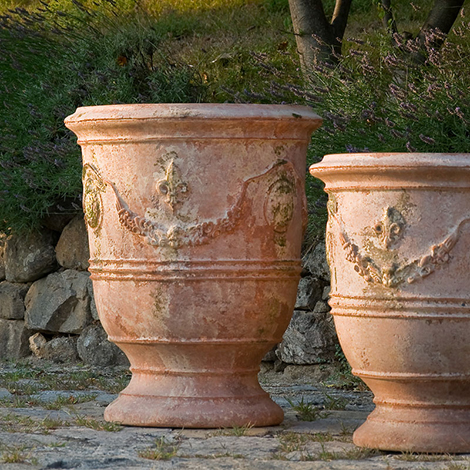 Anduze planters might best be described as stout, inverted bell shaped urns.  A wavy garland is placed about 2/3 up from the base that circles the body of the planter. Stamped emblems, often with the manufacturer's stamp or family coat of arms, are linked together with the garlands. 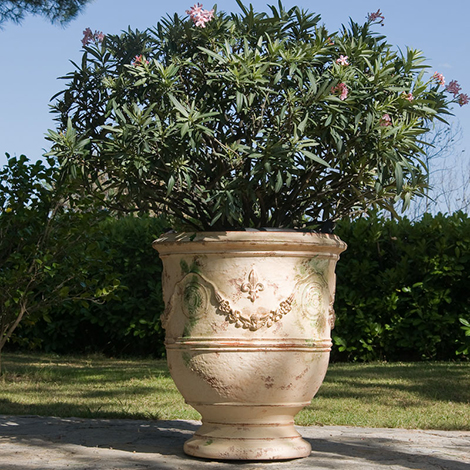 They were originally designed to hold orange and lemon trees and were displayed in the gardens of aristocrats.  Legend says that the first Anduze planter was made in 1610 by a potter named Cevenol who was influenced by the Italian design of Medici vases. Since then, dedicated individual craftsman as well as multi-generational pottery making families have created these beautiful planters. 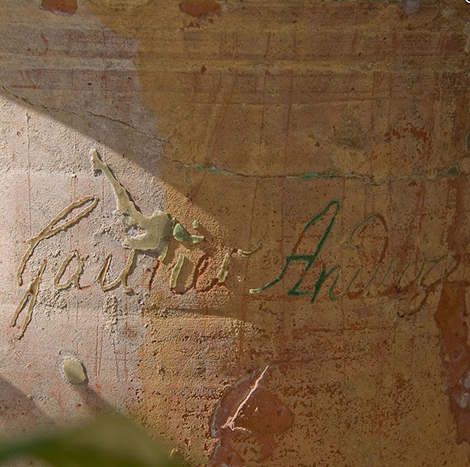 Family coats of arms can still be found on Anduze urns from over a hundred years ago.  One of the oldest Anduze vases surviving today was made by Jean Gautier, probably around 1782. Gautier is credited with first introducing these ornamental pots to a wider clientele in Europe. 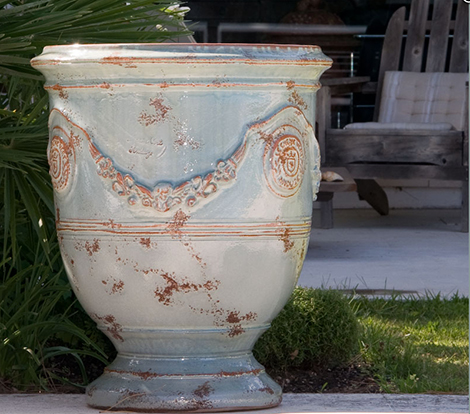 Anduze urns are still being produced by hand today by companies such as Poterie Le Chene Vert in Anduze.

Posted by Juniperhillfarm at 6:09 AM