All gardens are created equal under snow. A dusting doesn’t do it, but when we really get dumped on—hallelujah. Because there’s nothing between my garden and Juniper Hill that three feet of white fluffy stuff won’t obliterate. 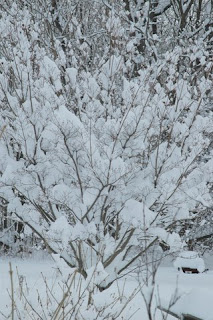 For the record, I’ve never been much of a snow enthusiast before. As far as I can figure, folks who wave snow slogans around (“Think Snow” bumper stickers, and that sort of bravado) generally have garages and/or they are under house arrest. The remainder of us are big proponents of a minimal shallow blanket. When it gets really dingy, we could use a refreshed sugar-coating, but that’s about it.

However, I’ve had something of an epiphany recently. As I visit more and more phenomenal gardens (you know who you are), the shortcomings of my own modest attempt become embarrassingly apparent. My garden’s deficiencies leave me feeling naked. They have me searching for excuses—except in winter, when my lack of structure, absence of hardscape, and general disorganization just disappear. Thanks to snow. 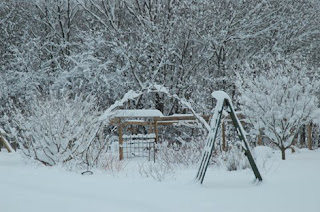 And that’s when I go delusional. I can look out over my vast white empire, and imagine just about anything. All the clematis that croaked come back to life. All the vole casualties are alive, well, and have roots. Gluttonous, disgusting lily beetles are nothing more than a Sci-Fi nightmare in the long-distant past. And ticks no longer terrorize the population.

So I’ve come around, sort of. When they predict a foot of gentle flurries, I suck it in and bear it for the Greater Good. I kind of welcome the knowledge that the deer will be slightly impeded in their slow but steady plot to devour the world. I am almost glad that all the plants that I failed to get into the ground before it froze won’t be staring accusingly in my face. Just as long as the shoveling is light and the wind briskly cleans off the car, I’m cool with it. Let the snow job begin. 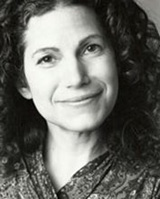 Tovah Martin is the author of over a dozen gardening books including her latest best-selling release, The Unexpected Houseplant which is receiving rave reviews.  A prolific writer, she contributes to many of the top-selling home and gardening magazines and also writes her own gardening blog, Plantswise. You can also follow Tovah on Facebook.

All photos by Tovah Martin.

Posted by Juniperhillfarm at 10:32 AM