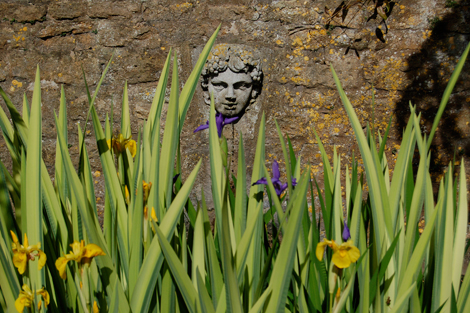 Almost directly across the road from the world famous Hidcote Manor gardens, near Chipping Campden in Gloucestershire, is the entrance to Kiftsgate Court. Although sometimes overshadowed by Hidcote, Kiftsgate is no mere doorstop for its more famous neighbor.  The gardens at Kiftsgate Court rank right up there with the finest English gardens.  They are gardens noted for their fine detail and rich tapestry of color.  But what really distinguishes Kiftsgate is its uninterrupted stewardship by three successive generations of women gardeners.

The gardens at Kiftsgate were begun by Heather Muir, shortly after the Muirs purchased the property in 1918. The Muir family became close friends with Lawrence Johnston, the American who created Hidcote Manor gardens next door, and there is no doubt that he influenced the initial design and layout of the gardens at Kiftsgate. Nevertheless, Kiftsgate is truly singular and has put its own stamp on the world of gardening.

'When my grandparents bought Kiftsgate just after the Great War the only garden was a paved area in front of the Georgian portico which led down to a wooded hillside.  Although my grandmother Heather Muir had no horticultural training she soon decided to create a garden and laid out the upper areas surrounding the house.  Hedges were planted, paths laid and a bridge built to connect the Yellow and Wide borders.  Color played a large part in her design and even now ninety years later, her original ideas guide our planting.'

Anne Chambers
For me, one of the most amazing features of Kiftsgate is the steep hillside to the south west of the house. It seems like an impossible hillside on which to garden. Yet here, under huge Monterey pines, that are now over 100 years-old and suck almost every bit of available moisture from the soil, are well maintained gardens containing many shade and drought tolerant plants like cistus, rosemary and ceanothus.  The establishment of these gardens was first tackled by Heather Muir in the early 1930's using a team of Italian gardeners who terraced the hillside and built the summerhouse and lawn at the bottom of the steep slope.
The garden continued to grow under the leadership of Diany Binny, Heather Muir's daughter.  During the 1960's she added the semi-circular pool in the lower garden, commissioned several sculptures by Simon Verity, and redesigned the White Sunk Garden.
Diany Binny's daughter, Anne Chambers, is the third generation to take the helm at Kiftsgate.  Along with her husband Jonathan, she moved into Kiftsgate in the early 1980's and continues to carry on the family tradition of gardening today. During the late 1990's, Anne Chambers converted an old tennis court into a contemporary water garden with a fantastic water sculpture by Simon Allison.

'It is a pleasure... to report that the next generations hand is no less firm and their eyes no less discerning.  The tapestry is richer and rarer than ever'
Robin Lane-Fox 2003

Kiftsgate is, without a doubt, a creation of the twentieth century.  However, when visiting, you immediately get the feeling that the gardens here are dynamic and fluid; gardens that have been molded over time by the hands of three generations of women who appreciate and understand the horticultural history of the place. Yes, there is a certain adherence to tradition, but these are not a series of historic gardens forever cast in amber. As the gardens enter the twenty-first century, they are being added to and enhanced, changing right along with the lives of their owners; a characteristic all great gardens have in common.
The Entry Drive 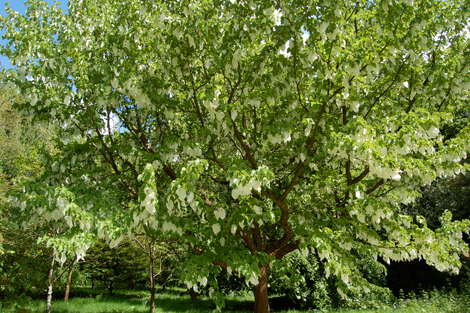 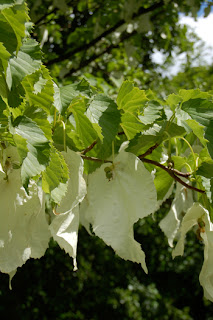 I loved this huge Davidia involucrata (handkerchief or dove tree) at the entry parking area that was just in the process of shedding all its "tissues."
The Four Squares and Terrace
The Wide Border

The Yellow Border
The North Borders and Scotch Firs 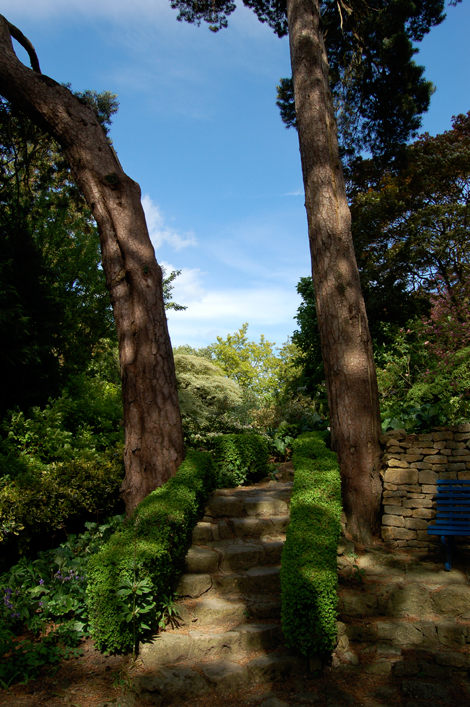 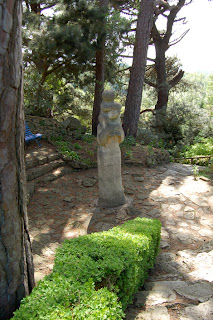 This Simon Verity sculpture of mother and child looks out over the Vale of Evesham.
For more images from Kiftsgate, taken the week of May 8th, 2011, click here.
For more information on the gardens at Kiftsgate Court you can visit their website by clicking here.

Posted by Juniperhillfarm at 10:43 PM